Interested in new games for Android? Want help with a game? This is the place to look!
Post Reply
8 posts • Page 1 of 1 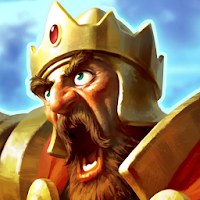 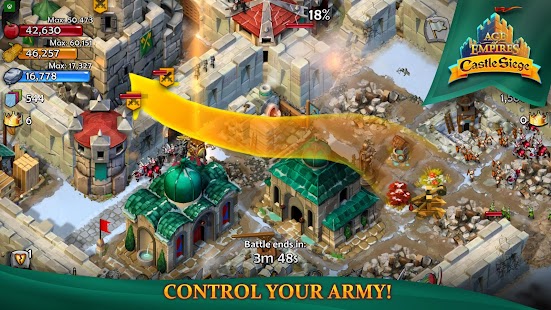 A classical strategy game for mobile devices - build a base, create an army, attack other bases and defend yours.


Age of Empires®: Castle Siege invites you to guide your empire through the Medieval Era on your Android device. Choose from one of several civilizations, including the Britons, Teutons, and Kievan Rus. Upgrade your keep, fortify your walls, and garrison defensive troops to protect yourself from marauders. Then, train an army to raid other cities, and command them in battle to dismantle your opponents’ defenses.

Over the ages, you'll research technology, live through famous battles, and recruit a variety of heroes to your side, including Saladin, Richard the Lionheart, and Joan of Arc. Outsmart your attackers and outplay your victims to earn achievements and climb to the top of the leaderboards.

Take command, and make your mark on history!

Continue your gameplay experience across Android, iOS and Windows devices via Xbox Live. Join the siege! 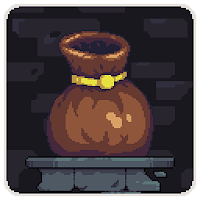 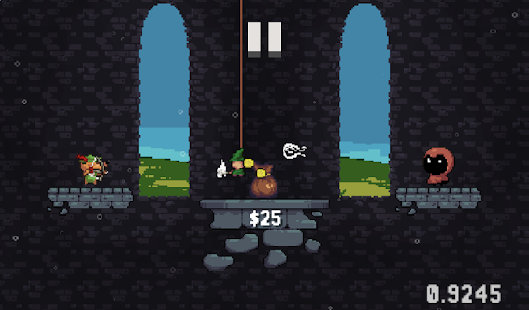 A LAN-style 2D multiplayer game, where you compete against your friend or with him/her in a challenge. Different levels and different mechanics make this game really fun to play.


ANYCRATE tries to make local multiplayer on mobile devices comfortable and enjoyable.
Each player can JUMP and SHOOT and each of them has to use these abilities and be tactical in order to hit the opponent and become the king of game's universe. Different characters and levels are in the game to dramatically change the gameplay and the way of fighting. Also, if you don't enjoy fighting against your friend - you can fight with him against tiny thieves and protect your gold in the cooperative mode.

Features:
- upgrade your character while you play by destroying crates
- different characters with unique gameplay mechanics
- many levels with different kinds of objects
- play modes: play against AI; play against a human in local multiplayer or cooperate and fight to protect your gold
- free to play, ads are optional and non-intrusive 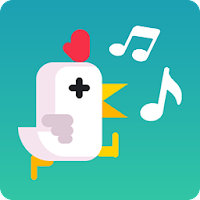 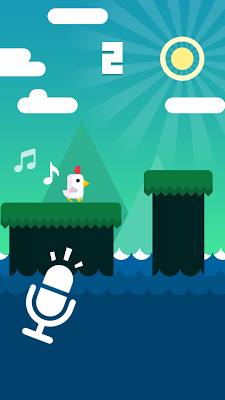 A 2D style side-scroller game where you talk(and scream) to a chicken so that it would move trough the level. Fun, right? Well, maybe not for the people around you, but you get the idea


Chicken scream is a fun and interactive non tapping addictive game where your voice controls the chicken.

Make a lot of noise to force the chicken to run and jump or stay quiet to control the chicken moves slowly.

Get your high score and collect points for getting far in the game but be careful about the obstacles and the water!

Guardians of the Galaxy TTG 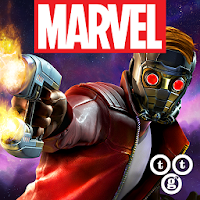 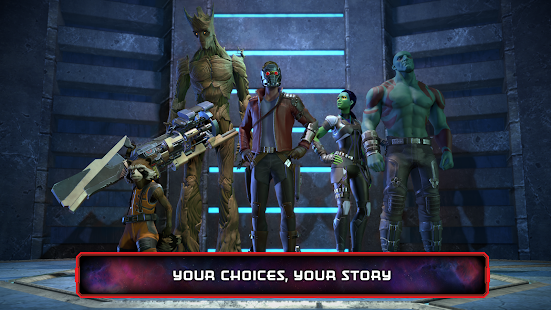 Join Peter, Gamora, Drax, Groot and Rocket in an epic adventure across the stars. A game with great graphics and animations, Guardians of the Galaxy TTG is an episodic adventure game. Your job is to keep a powerful artefact away from Thanos.

Includes Episode 1 in this all-new series from the award-winning studio, Telltale Games.

Marvel’s Guardians of the Galaxy: The Telltale Series delivers a brand new story of the universe’s unlikeliest heroes, the rag-tag band of outlaws who go by the names Star-Lord, Gamora, Drax, Rocket, and Groot. In the wake of an epic battle, the Guardians discover an artifact of unspeakable power. Each of the Guardians has a reason to desire this relic, as does a ruthless enemy who is the last of her kind, and who will stop at nothing to tear it from their hands.

From Earth to the Milano to Knowhere and beyond, and set to the beat of awesome music, this five-part episodic series puts you in the rocket-powered boots of Star-Lord in an original Guardians adventure, told in the unique and award-winning Telltale style, where your decisions and actions will drive the path of the story you experience.

***Save 25% on additional episodes in Marvel’s Guardians of the Galaxy: The Telltale Series by purchasing the Multi-Pack [Episodes 2-5 bundle] via in-app in the 'Episodes' menu*** 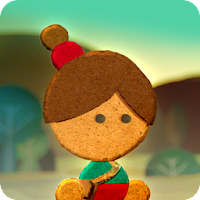 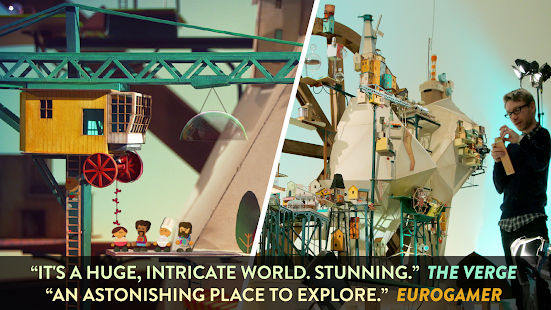 A truly unique game with no ads and no in-app purchases only for $4.99. The developers build a realistic set by hand and then imported captured the images into the game, which game the game a new, amazing feel.


Lumino City is the award winning puzzle adventure crafted entirely by hand out of paper, card, miniature lights, and motors.

Through this gorgeous environment weaves a clever, charming and puzzling adventure. Lumi’s grandfather, the caretaker of Lumino City, has been kidnapped. To find him, you must explore the city and figure out the fascinating mechanisms that power this unique world.

Winner of numerous international awards, including the BAFTA for Artistic Achievement alongside nominations for Innovation and Best British Game, Lumino City now finds its home on the Play Store as the perfect tactile experience for Android mobile devices.

Lumino City has an estimated 8 - 10 hours of gameplay and no In-App Purchases.

“An astonishing place to explore.” - Eurogamer

“Something special worth experiencing. Every scene is awe-inspiring. It's gorgeous.” - GameInformer

“The most beautiful game WIRED has seen in ages.” - WIRED

“Unlike almost any other video game you've ever played....It's wow." - Kotaku

“It's a huge, intricate world. Lumino City has a distinct and wonderful personality. Stunning.” - The Verge

AN ENTIRELY HANDMADE CITY. Everything you see on screen was made using paper, cardboard and glue, miniature lights and motors.

A UNIQUELY BEAUTIFUL WORLD TO EXPLORE. Venture beyond the city gates to discover gardens in the sky, boats marooned high on an immense waterwheel, and houses dug precariously into cliffs.

AWE INSPIRING PUZZLES. Play with real objects within each scene. Control windmills in the clouds, provide power to a house using only lemons plus your own ingenuity, and work out how to win at the most puzzling pinball table ever created.

A PERFECT EXPERIENCE FOR TOUCHSCREENS. With a seamless interface optimised for mobile devices and tactile puzzles made from real materials, you'll feel like you're diving into a miniature world of physical playthings.

CLOUD SAVE SYNCING. Switch play between all your Android devices and pick up where you left off.


** Lumino City is a modern 3D game which requires a device with modern processing capabilities. Your experience may vary if running Lumino City on older hardware. 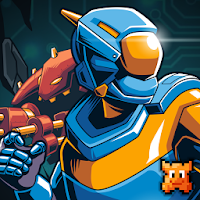 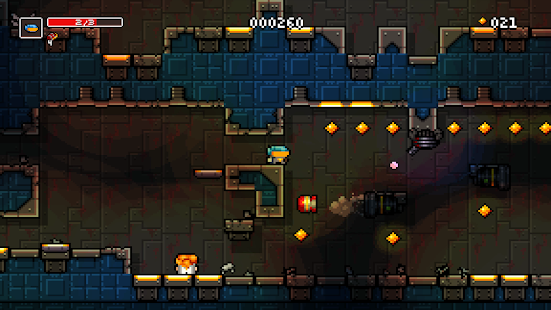 A 2D retro action game where you have to get to the end of the level without dying. The levels are randomly generated so each play is a different experience.


Meganoid is a challenging platformer, generating new levels on every play session. Find many items to enhance your character and his abilities while you descend down into the Meganoid space ship. Do you rush for the exit, or do you take your time to collect everything there is, barely escaping the security drones that will hunt you down if you linger.

Key features
- Levels randomly generated on every game session, based on a set of templates, making the levels unique but familiar at the same time.

- A platformer with “roguelike” elements. Consumables, alternate routes, procedural generation, and many devices and gadgets add depth to the challenging gameplay of the original Meganoid

- A lot of collectible items that will change the main character’s abilities to navigate the world. Find a jetpack to start flying around, find anti-gravity-boots to perform double jumps, and much more.

- Hidden bonus area’s to find and unlock. Often providing you with a short-cut or very rare and powerful items.

- Unlock the database with info on all the items and enemies you encounter to be better prepared on your next try.


In true Meganoid tradition, you’ll die a lot in many different ways, but you’ll learn to overcome the difficulties, learn how the Meganoid world operates, and eventually get to the bottom of it! 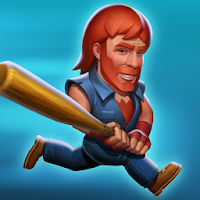 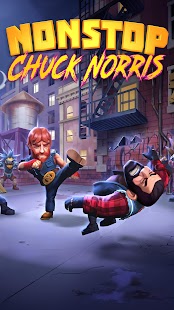 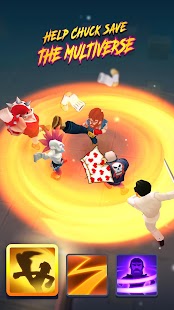 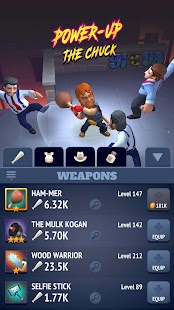 Well, there you go - you play as Chuck Norris, but there is not much you can do, Chuck Norris walks up to an enemy of his choice and your job is to fight it. Go and fight some bad guys!


Harness the unstoppable force that is Chuck Norris in an action game packed with insane weapons, items and Chuck facts!

Power up Chuck Norris as he delivers a beating to an infinite horde of villains. The mission: to save multiple universes! But no stress, Chuck will continue to fight and earn rewards while you take a break!

PLEASE NOTE: Nonstop Chuck Norris is completely free to download and play but some game items may be purchased for real money. To disable this, turn off the in-app purchases in your device's settings.

Parental Guide
Nonstop Chuck Norris is free to download and play, however some game items can also be purchased for real money. If you don’t want to use these features, please disable in-app purchases in your Google Play settings. According to our Terms of Service, Nonstop Chuck Norris is allowed for download and play only for persons 13 years or more of age, or with explicit parental consent. You can read more here: http://www.flaregames.com/parents-guide/ 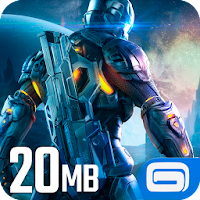 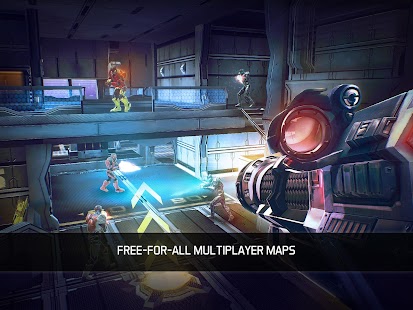 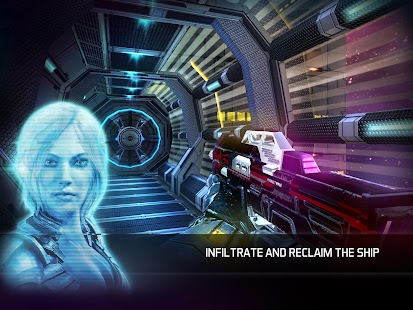 The latest game in the N.O.V.A. franchise - an alien 3D space FPS shooter game with great controls and graphics, for a mobile device. You can play a story mode or multiplayer, depending on your preferences.

N.O.V.A. Legacy brings you the best sci-fi FPS experience from the epic first episode of the critically acclaimed N.O.V.A. saga -- all in a compact 20 MB version.

Kal Wardin, our hero, is a retired N.O.V.A. veteran summoned once again to don his Mobile Armor Suit in defense of the Colonial Administration forces.

Helped by Yelena, his personal AI Agent, Kal must protect humanity's destiny by entering the battlefield against alien invaders while uncovering the mystery behind their sudden attack.

A CONSOLE-LIKE EXPERIENCE ON MOBILE:
- An immersive shooter experience based on a renowned Gameloft FPS series in the same vein as Modern Combat.
- Craft and upgrade weapons, from powerful assault rifles to devastating plasma guns.
- Enjoy the original N.O.V.A. shooter experience with enhanced graphics and gameplay.

TEST YOUR SKILLS IN MULTIPLAYER ARENAS:
- Deathmatch: Be the last one standing in a 6-player firefight.
- Customize your character with a variety of Marine and alien skins.
- Leaderboards and 3rd-person Death Cam replays.