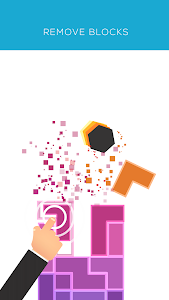 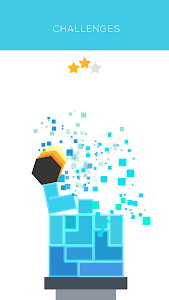 Six! is the latest game from Gram Games, makers of global smash hits 1010! and Merged!. This game is challenging, exciting and infuriating at times. As with all great puzzlers, Six! is great in one minute bursts or hours of emotive fun.

In the game you are challenged to interact with a tower block of varying shaped bricks upon which rests a hexagonal block. The aim is to get the hexagon down the tower block to earn points. You do this by tapping the bricks to make them disappear bringing the hexagon down into the space cleared underneath.

It sounds easy, but when the hexagon starts to roll or the tower tilts, and with pressure of high scores you’ll find it’s not as easy as you originally thought. If the removal of the blocks topples the tower or the hexagon gains momentum and rolls off the screen, then it’s game over and you have to start all over again.

Challenging, emotive and blissfully simple to play. Six! will have you hooked on getting as far down the tower as possible. In keeping with Gram Games’ hits, playing this game is simple and fun, but claiming a spot on the leaderboard and bettering your friends is challenging and rewarding. 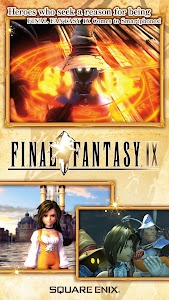 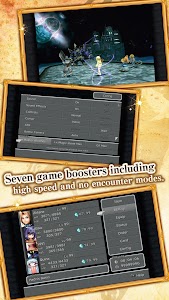 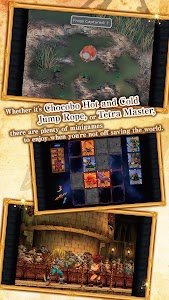 ■Description
Selling over five million copies since its release in 2000, FINAL FANTASY IX proudly returns on Android!
Now you can relive the adventures of Zidane and his crew in the palm of your hands!

Enjoy this classic FINAL FANTASY experience with no additional fees or purchases.


■Story
Zidane and the Tantalus Theater Troupe have kidnapped Princess Garnet, the heir of Alexandria.
To their surprise, however, the princess herself yearned to escape the castle.
Through a series of unusual circumstances, she and her personal guard, Steiner, fall in with Zidane and set out on an incredible journey.
Meeting unforgettable characters like Vivi and Quina along the way, they learn about themselves, the secrets of the Crystal, and a malevolent force that threatens to destroy their world.
Top 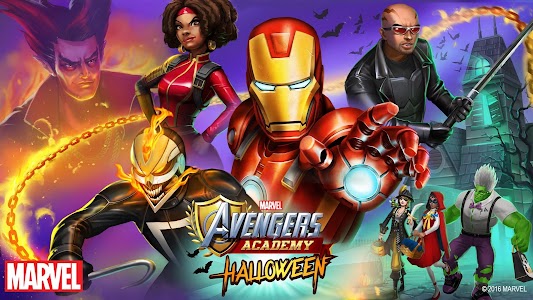 It’s time to get spooky! The Avengers are throwing a massive Halloween party when Mephisto and his legion of fire demons arrive on campus, bringing their Hellscape with them! If not stopped, Mephisto will use his demonic powers to strike fear and insecurity into the Super Heroes’ hearts and claim this dimension for himself! Play now to strengthen your Heroes’ friendships and capture Mephisto to save the Academy!

Experience the MARVEL Avengers as you’ve never seen them before!
Build the ultimate Super Hero academy, and play as your favorite Avengers characters reimagined as students developing their superpowers. Enroll today and become a hero!

BATTLE EPIC MARVEL VILLAINS
- Power-up your team and send them to combat!
- Develop your hero’s and villain’s iconic powers at Super Hero academy
- Strengthen your MARVEL Avengers team and upgrade their powers
Top 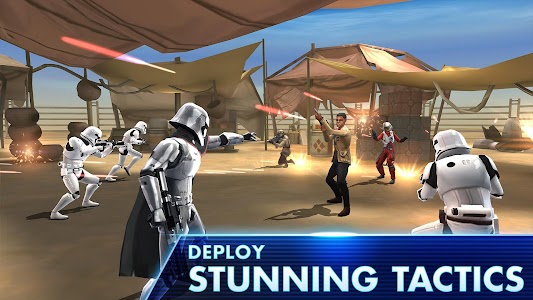 "Visually striking and with adrenaline-pumping Star Wars™ music, Galaxy of Heroes is a must-play for fans for the franchise." – USA Today

"Star Wars™: Galaxy of Heroes is our most significant game of 2015." – Pocket Gamer

Collect the most iconic Star Wars™ characters like Darth Vader, Yoda, Luke Skywalker, and more, from every era – then conquer all opponents in epic, RPG-style combat. Build the top teams and craft the best strategy. Win battles across iconic locations to become the most legendary hologamer in the galaxy. Create a Guild to lead friends against powerful bosses in Raids and top the leaderboards. You can also unlock new characters from Star Wars™: The Force Awakens and the upcoming Rogue One™: A Star Wars™ Story to make your team even stronger!

CREATE THE ULTIMATE TEAM
Build elite light and dark side teams with heroes and other characters from the Star Wars™ universe. Make key strategic choices and pick teammates with complimentary abilities to construct unbeatable squads!

BECOME MASTER OF THE GALAXY
Defeat opponents and rise to the top as you dominate the galactic hologames in a far-off cantina. Upgrade your heroes’ abilities as you play for even more powerful attacks and bigger wins. Then take down other players in Squad Cantina Battles, PvP Squad Arena, and Squad Tournaments to achieve greatness.

PLAY WITH POWERFUL CHAMPIONS
Make smart tactical decisions and equip your heroes with the ultimate gear to enhance their damage as you rule the universe. Unlock special leader abilities to make your team unstoppable as you unleash commanding moves like Darth Sidious’s Force Lightning, Chewbacca’s Wookiee Rage, and more.
Top 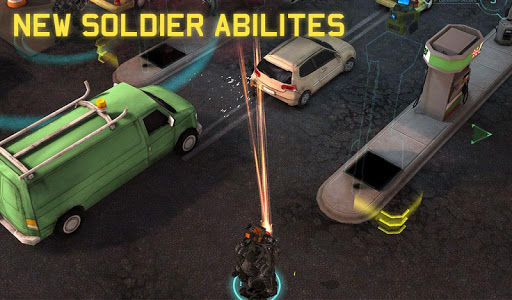 • New Weapons and Equipment: Give your operatives an extra tactical edge with new projects from your engineering team and the Foundry.

• New Strategic Resource: A valuable new alien resource, known as Meld, has been discovered. Secure it on the battlefield and use it carefully back at base to unlock new research and upgrades.

• New Story Elements: Investigate a terrifying threat in an abandoned fishing village, and defend the XCOM headquarters from alien attack in a series of new plat-driven missions.

• New Multiplayer maps, units, and abilities: Create your custom squad from a wider array of options and dominate your opponent in intense, one-on-one, turn-based matches.

NOTE: XCOM: Enemy Within is a graphically rich game with advanced features. To OPTIMIZE your playing experience, you may want to turn off other apps before playing.
Top 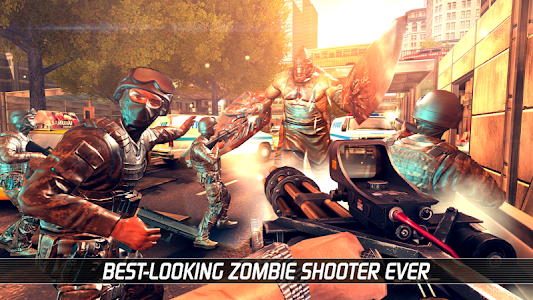 UNKILLED is a winner!

NYC is the center of the world's latest zombie outbreak. You are Joe, member of the anti-zombie unit WOLFPACK, a private military organization designed to find, track, and eliminate the zombies and human enemies as well. Who dares to stop this crisis before it becomes global ? Build up your Multiplayer character into a finely tuned killing machine!

SMOOTH 1ST-PERSON-SHOOTER ACTION!
Unique MFG control scheme for mobile devices, tried-and-tested by millions of players
Intuitive gameplay: our autofire shooting system let's you concentrate on the action
Support for multiple gamepads
Think you got a sharp eye? Our new Adrenaline feature puts it to the test!
Top 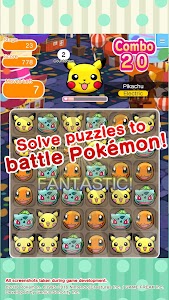 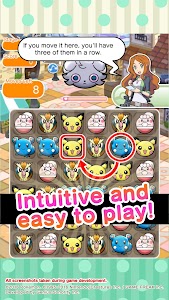 Pokémon Shuffle Mobile is a puzzle game where you line up three or more Pokémon vertically or horizontally to battle against wild Pokémon.
You can play it casually—but battling, collecting, and leveling up Pokémon can also provide hours of fun.

All you have to do in Pokémon Shuffle Mobile is select a Pokémon and its destination in the puzzle area to cause combos automatically—anyone can play it!
Its simple gameplay blends with challenging strategic aspects to appeal to a full spectrum of players from beginners to experts.
Top 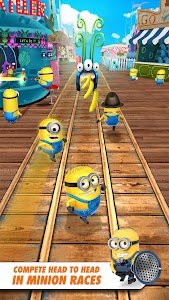 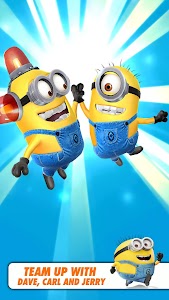 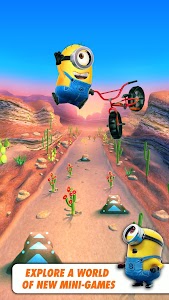 Race with the Minions in the award-winning fan-favourite endless runner, Despicable Me: Minion Rush! Collect bananas as you jump, roll, dodge and scramble against others in fun-filled, fast-paced missions! Run as Carl, Jerry and Dave, get awesome costumes, play exciting mini-games and explore locations inspired by the Despicable Me movies!

ALL THE FUN OF DESPICABLE ME!
• Run through iconic locations from the movie and discover secret areas
• Enjoy unexpected Minion moments, like becoming a MEGA MINION and riding the FLUFFY UNICORN or GRU’S ROCKET
• Use hilarious weapons and power-ups while competing with other players in Minion Races
• Battle exclusive villains such as Vector, El Macho and the Villaintriloquist
• Experience original animations, voice-overs and state-of-the-art 3D graphics created just for the game
Top 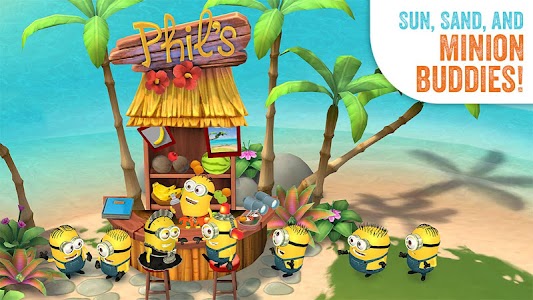 Join the Minions on the vacation of a lifetime!

When a lovable yet bumbling Minion named Phil sinks the cruise ship carrying his Minion buddies, he must turn a deserted tropical island into the perfect paradise! Join Illumination Entertainment – the creators of the MINIONS movie – and EA as they take your favorite Minions on an incredible journey.

EXPLORE YOUR PARADISE
The more land you get, the more fun your Minions will have! Become an expert at alligator waterskiing, throw mangoes from hot air balloons, and dive off waterslides.

PARTY WITH YOUR FAVORITE MINIONS
Share your paradise with Kevin, Stuart, and Bob from the MINIONS movie! Make all your vacation dreams come true and be joined by all your favorite Minion buddies.
Top 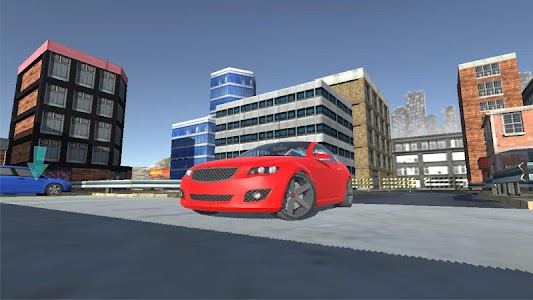 A parking simulator game, Park It Properly is a free game to test your driving and parking skills. Driving is fun, isn’t it? Not always, though! “Park it Properly” is a super exciting and challenging game to test your driving skills. Your goal is to sit behind the steering wheel of your vehicle and you have to drive through checkpoints and find your parking spot where you can park the car, like in real life.


This game requires the high precision and concentration while driving to avoid the obstacles and reach your destination. Believe it or not, driving is not so easy. Get into the challenge of parking and finish all your levels successfully. There is no place for failure! “Park it Properly” is an amazing simulator parking game focusing on your skills to park your vehicle at the right position. Do you have what it takes to become the world's best driver? The game is perfect for you to test your parking skills and learn the art of parking and driving a vehicle. After all driving is an art!
Top
Post Reply
57 posts

Users browsing this forum: No registered users and 2 guests