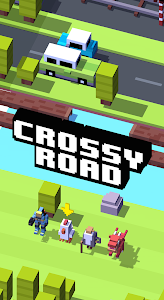 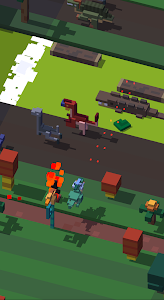 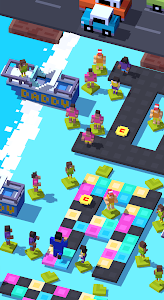 
Crossy Road Multiplayer!
- connect to the same wifi network as your friends
- play with 2-4 friends at the same time

**HOW-TO CONNECT TO MULTIPLAYER:**
1. Make sure you are connected to the SAME wifi network as your friends
2. From the game start screen, click on the bottom right button with a triangle to open more button selections
3. At the top, click the button with two chickens and a wifi signal
4. Player 1 should click "Create Game" (one player creates the game; all other players join this game).
5. All other players should wait for the game to be created. Once a game is detected you will automatically enter the game and can then choose your character and name
6. Game play is dependent upon a strong wifi network. If there are lots of users on the same wifi network, game performance will decrease. For best performance, play on a strong wifi network with few other users
7. Playing with different characters opens up hilarious different gameplay scenarios!

Play Crossy Road on the Big Screen with Android TV!


Why did the Chicken cross the road?
Why did the Pigeon leave THAT there?
Why did Specimen 115 abduct that cow?
Why did Unihorse eat all that candy? 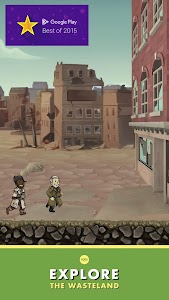 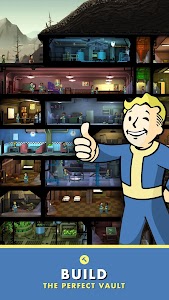 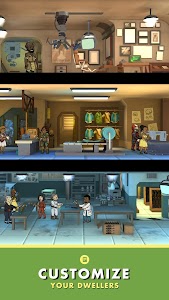 "Might just be the best free-to-play game out there" - GamesBeat
"Probably the best game of E3 2015” – Gizmodo
"Fallout Shelter is simple to play and addictive as *." - GameZone

BUILD THE PERFECT VAULT
Create a brighter future…underground! Select from a variety of modern-day rooms to turn an excavation beneath 2,000 feet of bedrock into the very picture of Vault Life.

OVERSEE A THRIVING COMMUNITY
Get to know your Dwellers and lead them to happiness. Find their ideal jobs and watch them flourish. Provide them with outfits, weapons, and training to improve their abilities.

CUSTOMIZE
Turn worthless junk into useful items with Crafting! Customize the look of any dweller in the Barbershop.

PROSPER
A well-run Vault requires a variety of Dwellers with a mix of skills. Build a Radio Room to attract new Dwellers. Or, take an active role in their personal lives; play matchmaker and watch the sparks fly! 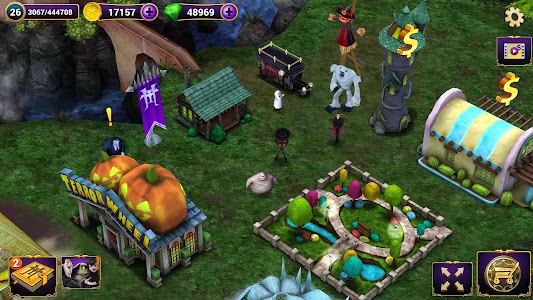 Build your own monster hotel with Drac and all your favorite monsters from HOTEL TRANSYLVANIA 2! Customize your city, enjoy adventure-filled quests, decorate your own monster hotel, and play fun mini games in the official game for the HOTEL TRANSYLVANIA 2 movie from Sony Pictures Animation. Play with Dracula, Mavis, Mummy, Frankenstein, Zombies and super cool monsters! Bleh bleh bleh!

DRAC’s PACK IS BACK!
Experience a roster of monsters like never before. Unlock Dennis, Frank, Mavis, Murray, Wayne, Blobby, Griffin, Zombie Bellhop, The Skeleton Mariachi band and meet the grandparents Linda and Vlad.

MONSTER OF A GOOD TIME, GUARANTEED!
Create your monster world and Rock the monstrous party. Enjoy action packed adventures while transforming into a bat, conjuring a sandstorm, eating scream cheese, doing the Vamp Dance, all while winning bountiful gold, collectibles, decorations and rewards to help you on your way!

SPIN THE TERROR WHEEL
Give yourself a pleasant surprise in this fun mini game and win bountiful gold, collectibles, decorations and other exciting rewards.

COFFINS OPEN TO THE WORLD
For the first time in hundreds of years, invite humans from all over the world to your Hotel Transylvania! AWOOOO! Things are gonna get batty!
Top 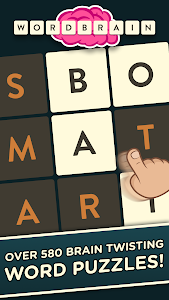 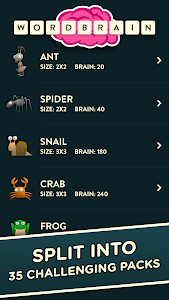 It starts very easy but gets challenging quickly. Find the hidden words, slide your finger over them, see the puzzle collapse. Do it all in the correct way and order and you will be able to clear the grid.

The game features 15 languages and there are 580 levels per language! Even the smartest word game enthusiasts will have a real challenge to complete this game. In fact: only very few have!

Sometimes there are reviews and emails about levels that seems impossible to solve. THESE ARE NOT BUGS but rather a part of the challenge with the game! 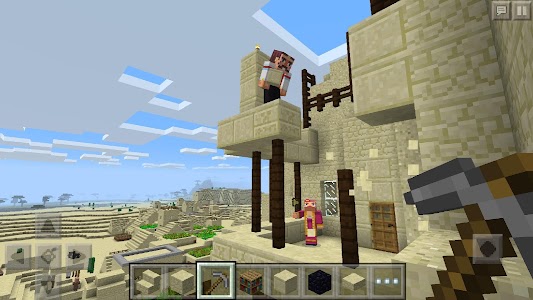 Tis the season to be MINECON! Dress the part with new MINECON skins – available for a limited time only! Get these skins with the promo code: MINECON2016. Visit https://play.google.com/redeem?code=MINECON2016 to redeem before they expire on Oct. 7th.*

Explore randomly generated worlds and build amazing things from the simplest of homes to the grandest of castles. Play in creative mode with unlimited resources or mine deep into the world in survival mode, crafting weapons and armor to fend off the dangerous mobs.

Craft, create, and explore alone, or with friends on mobile devices or Windows 10. 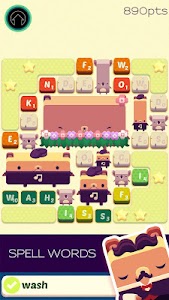 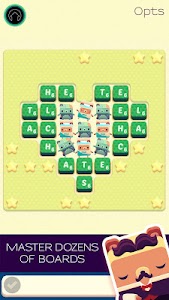 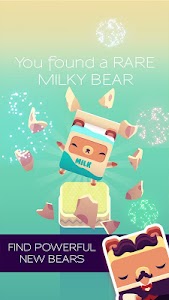 Alphabear is an original word puzzle game by Spry Fox, the developer of the award winning game Triple Town.

In Alphabear, you spell words by selecting letters on a grid. When you use letters that are adjacent to each other, bears appear! The more letters you use, the bigger the bear gets, and the more points you earn!

When your score is high enough, you'll also win a bear for your permanent collection. These bears can be used as powerups in future games! They increase the points you earn, extend your timer, increase or decrease the frequency with which letters appear on the game board, and more.
Top 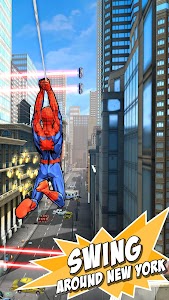 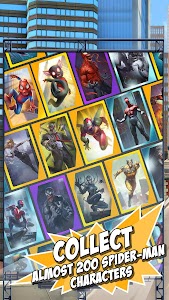 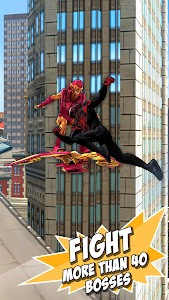 Collect and unite every Spider-Man and Spider-Woman against the ultimate threat in a story-driven endless runner!

Experience a story that feels like it jumped straight from a Marvel comic as you recruit an army of heroes in the Spider-Verse. Combat the new Sinister Six, who have opened a dimensional portal in New York to summon endless versions of themselves! This exponential evil is moving from dimension to dimension, destroying each one. Now ours is fighting to survive!

THE FIRST FREE SPIDER-MAN GAME!
• Enjoy the thrill of the first Spider-Man web-runner! Swing, run and fight through chaotic Manhattan in over 7 different Marvel environments!
• Go beyond a runner with unique gameplay! Fight in battles against dimensional super villains, swing, wall-climb and skydive!
• Play Story mode with 5 boss battles and 25 missions per Issue! New daily and weekly events with spectacular rewards in Events mode! Or climb up the leaderboards in Unlimited mode!

THE FIRST NARRATIVE RUNNER!
• A continuing episodic adventure: The Sinister Six are moving from dimension to dimension, destroying everything in their path – and our world is next! But it ends now… with an army of Spider-Men and Spider-Women!
• Dive into an extensive Marvel Universe spanning over 50 years of Spider-Man with iconic characters, including dimensional Spideys, multiple variations of each villain, as well as Nick Fury, Mary Jane, and Black Cat!
• Written with an experienced Spider-Man comic writer to ensure a faithful recreation of the Spider-Man comics!

THE MOST SPIDEYS EVER IN A GAME… INCLUDING NEW SPIDER-WOMEN!
• Summon, collect and play as tons of Spider-Men and Spider-Women featured throughout the Marvel Universe, including Superior Spider-Man, Spider-Gwen, Scarlet Spider, and Ultimate Spider-Man!
• Collect, fuse, and level up your Spidey cards, each with its own unique in-game benefit, and send them on Spidey Ops missions around Manhattan!
• CONSISTENT RELEASE OF NEW SPIDER-MAN CHARACTERS!
Top 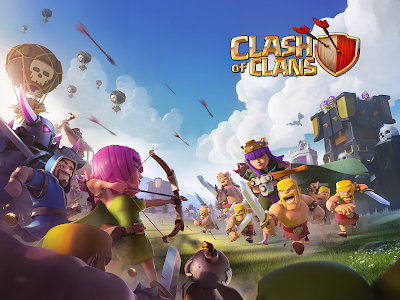 From rage-­filled Barbarians with glorious mustaches to pyromaniac wizards, raise your own army and lead your clan to victory! Build your village to fend off raiders, battle against millions of players worldwide, and forge a powerful clan with others to destroy enemy clans.

PLEASE NOTE! Clash of Clans is free to download and play, however some game items can also be purchased for real money. If you do not want to use this feature, please set up password protection for purchases in the settings of your Google Play Store app. Also, under our Terms of Service and Privacy Policy, you must be at least 13 years of age to play or download Clash of Clans.

A network connection is also required.

FEATURES
● Build your village into an unbeatable fortress
● Raise your own army of Barbarians, Archers, Hog Riders, Wizards, Dragons and other mighty fighters
● Battle with players worldwide and take their Trophies
● Join together with other players to form the ultimate Clan
● Fight against rival Clans in epic Clan Wars
● Build 20 unique units with multiple levels of upgrades
● Discover your favorite attacking army from countless combinations of troops, spells, Heroes and Clan reinforcements
● Defend your village with a multitude of Cannons, Towers, Mortars, Bombs, Traps and Walls
● Fight against the Goblin King in a campaign through the realm
Top 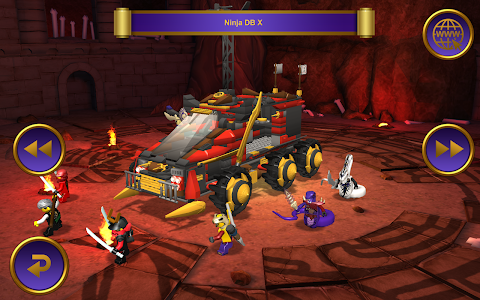 You’ve been invited to enter Master Chen’s Tournament of Elements.

Utilize your Ninja Training to unlock your True Potential, and defeat the other Elemental Masters!
Face-off against the all new Elemental Masters, each with their own unique abilities.
Battle in Chen’s Arena against well known enemies from the Ninjago: Masters of Spinjtsu TV Series.
Level up your characters; the more you use them, the stronger they become!
Unlock your favorite characters, including Sensei Garmadon, Snike and Mindroid!
Unleash the Power of Spinjitsu to blast your way through waves of opponents!
Face a mysterious new foe… 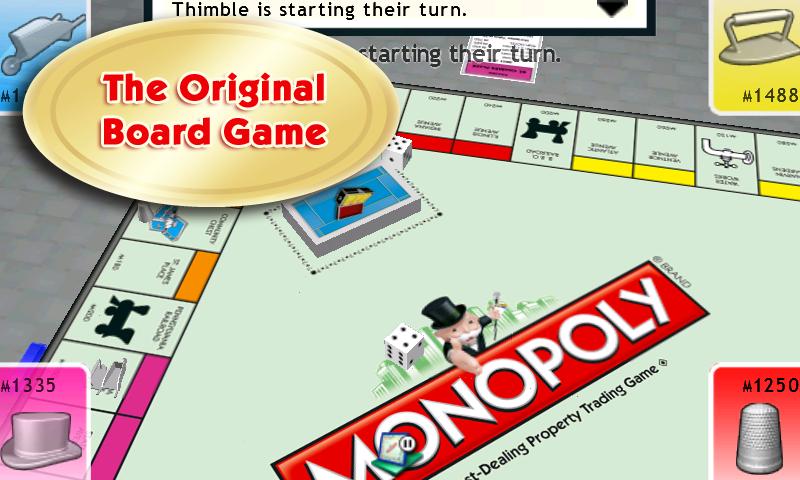 It’s “GO” time! Take a ride on the Reading Railroad. Buy Boardwalk. Go directly to Jail. Buy, sell, and trade the famous MONOPOLY properties, and see the game jump to life with animated features and easy gameplay. Challenge friends and even customize the game rules!

EMPLOY HANDS ON MANAGEMENT
Tap the screen to manage your properties – from Marvin Gardens to Water Works to Park Place. Building hotels or taking a “Chance” is simple and intuitive.

CHOOSE YOUR LEVEL AND LOOK
Play through 3 levels of difficulty and save games in progress. Also customize the number of players, the game rules, and even the game environment.

Enjoy MONOPOLY in the tradition of the beloved, best-selling board game!
Top
Post Reply
57 posts